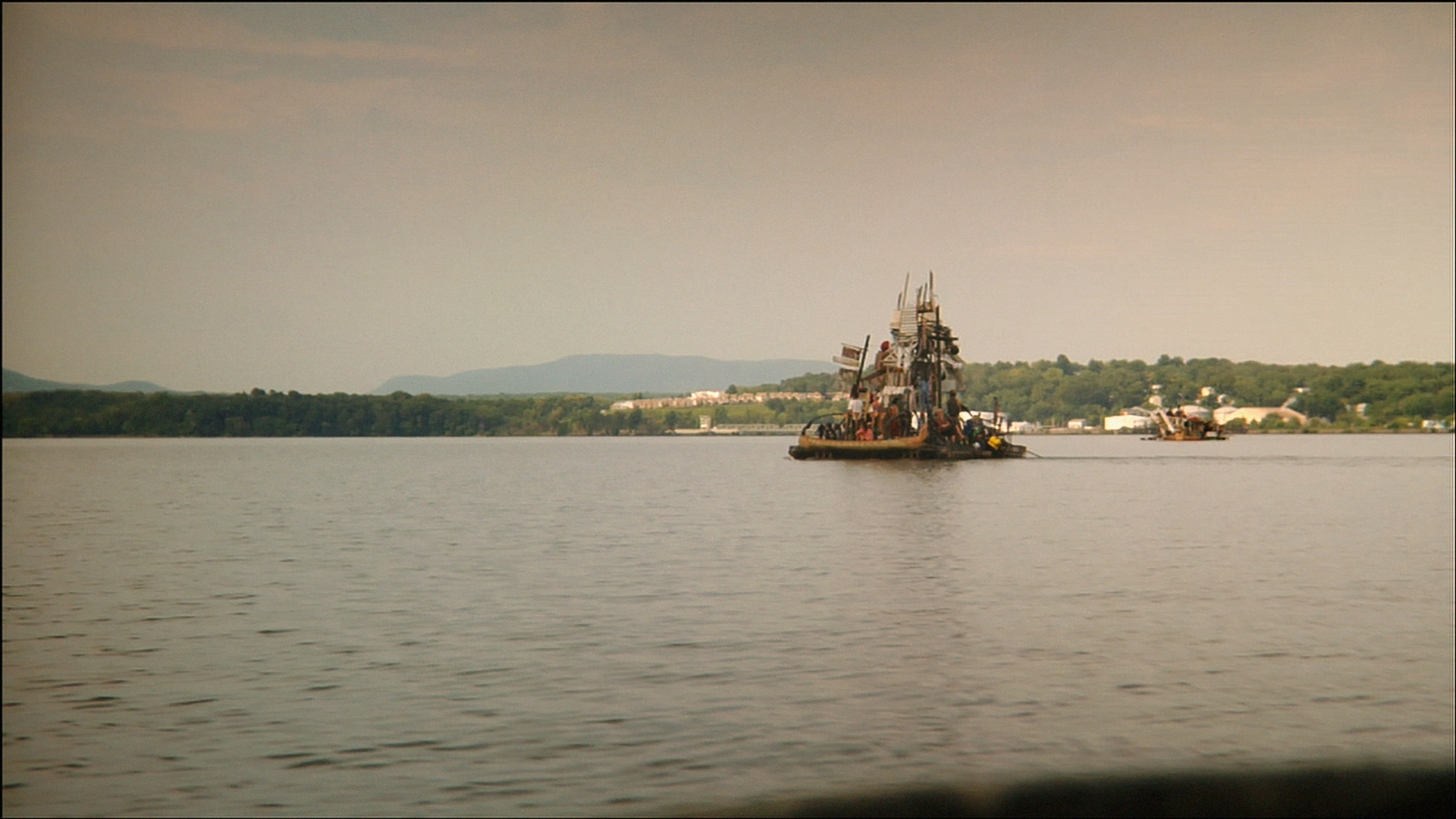 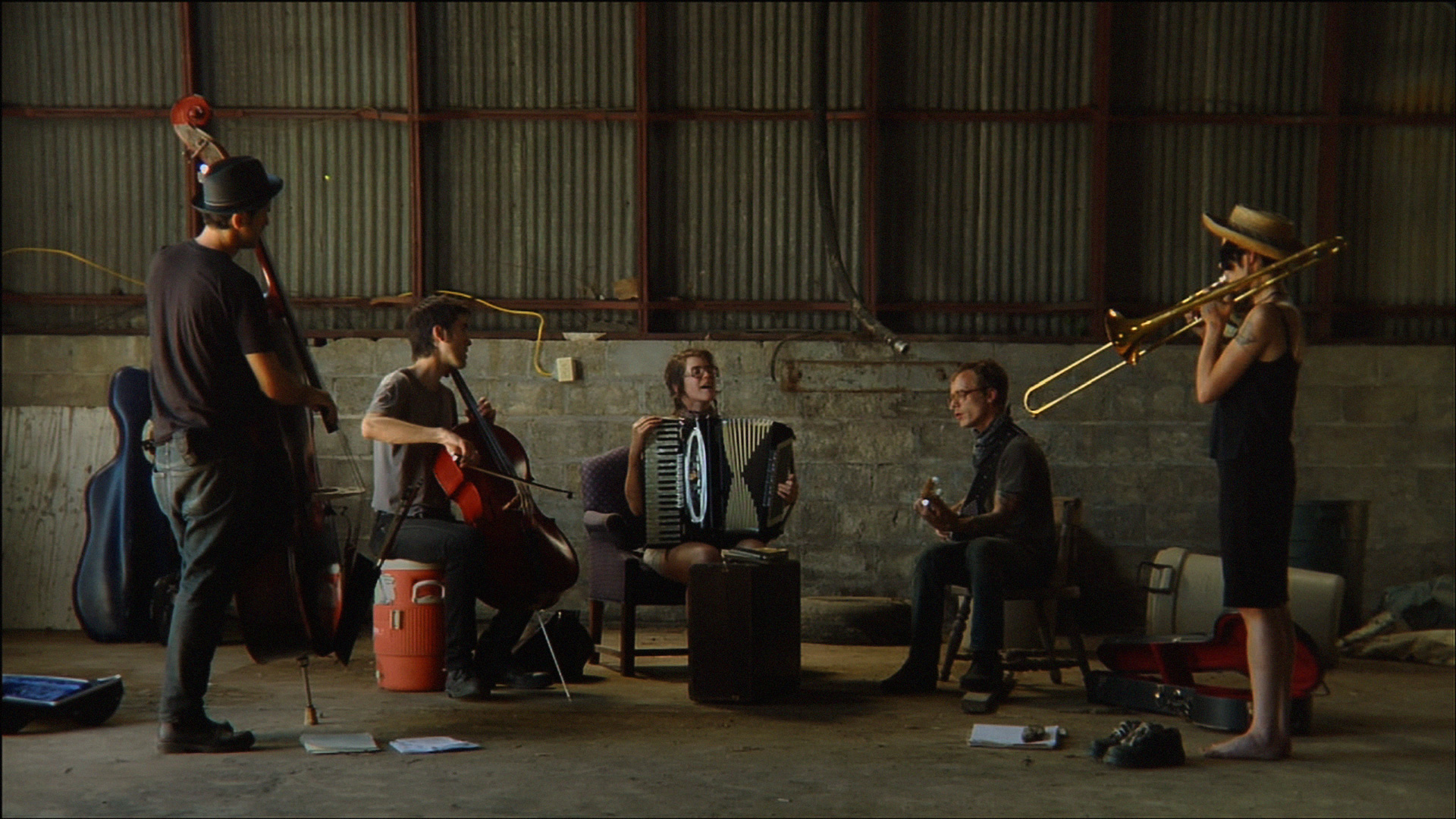 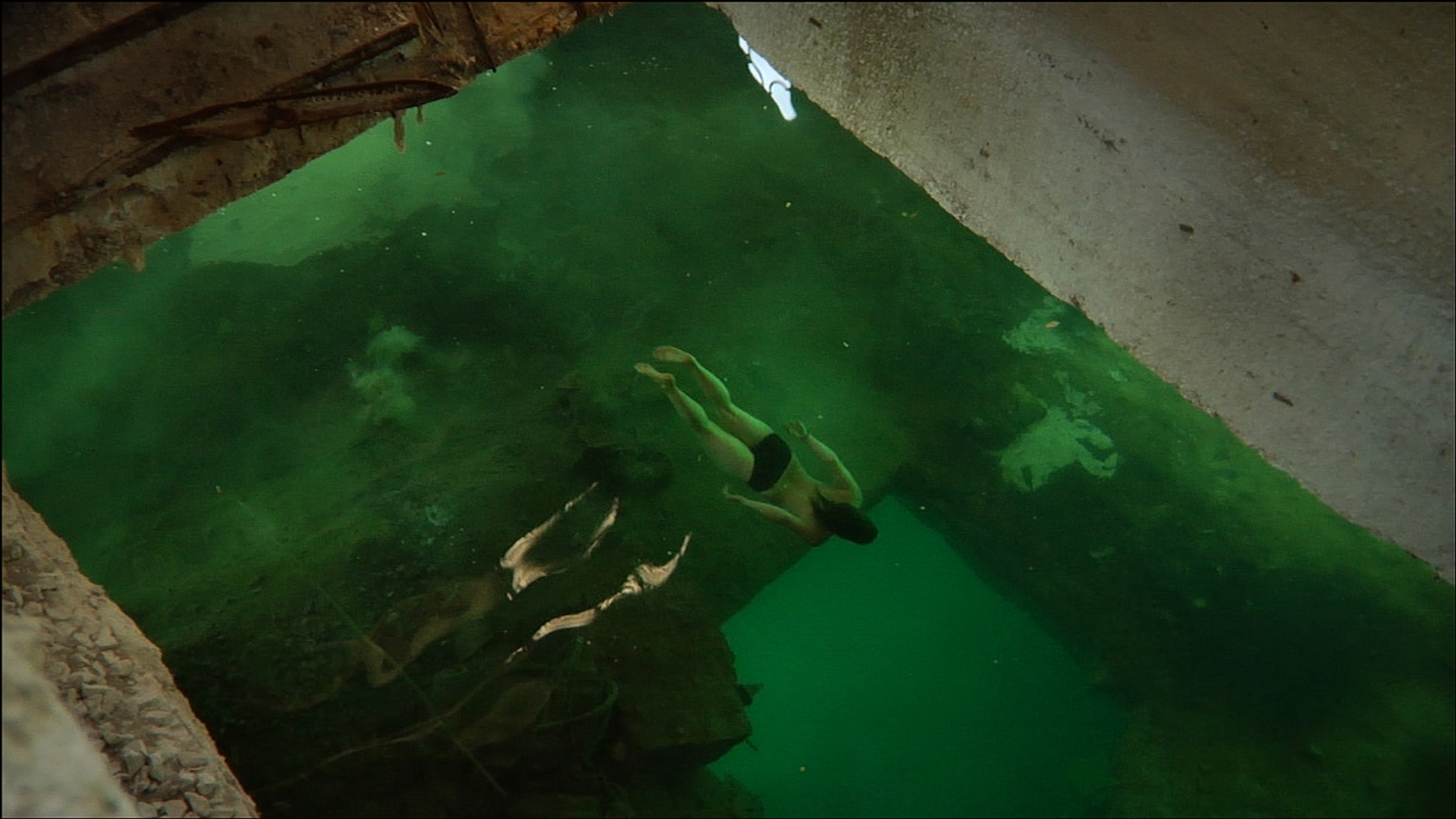 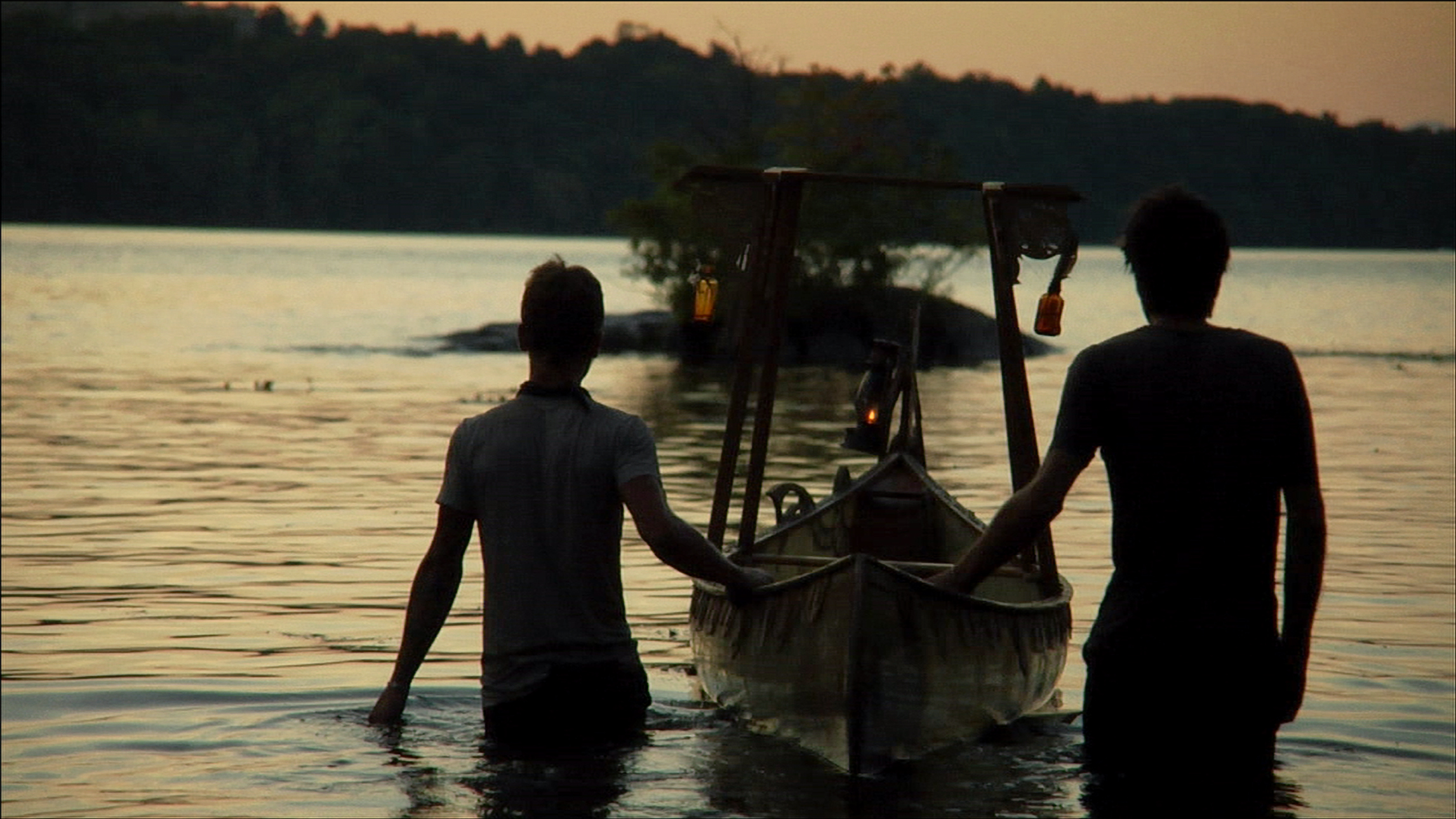 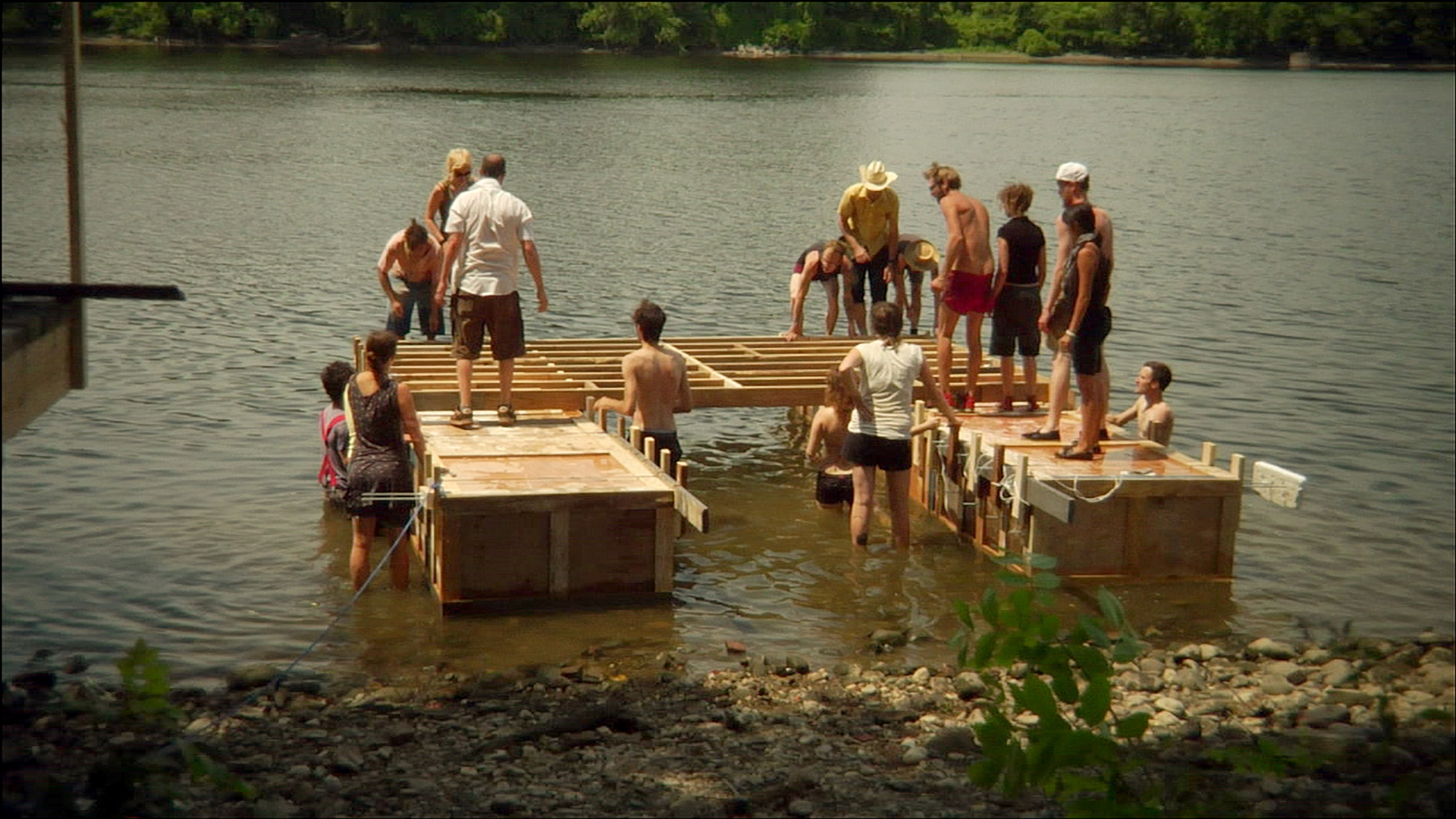 
**If you are ordering vinyl or the digital soundtrack from Europe, please go HERE.

A group of artists and musicians who live in a small, post-industrial town chase jobs, struggle with bills, and use art and music to build their own small world. When their friend Maya dies, they set out on an extraordinary voyage, unknowingly accompanied by her ghostly presence. And while they drift past empty new condo developments, explore crumbling castles, and swim in iridescent quarries, Maya narrates a parallel story about a strange and meandering river that flows both ways.  Flood Tide is a collaboration with the Swimming Cities of Switchback Sea, a project dreamed up by the artist Swoon and built by a group of artists and performers who floated seven large sculptures down the Hudson River. Flood Tide interweaves documentation of this journey with layers of fiction, mythology, and oral history to create a film that both documents and reimagines the real-life project.  Music is an integral part of Flood Tide, both on screen and off. The film features an all- original score by the band Dark Dark Dark and includes several onscreen performances by the band as well as a special performance by renowned musician Pauline Oliveros.
Pre-Order
Double LP of the soundtrack with laser etched art, HD download and stream of the feature film, and mp3 & FLAC downloads of the soundtrack.